The character poster for the upcoming Hollywood movie Isn’t It Romantic is out starring Bollywood diva Priyanka Chopra. The comedy also stars Rebel Wilson and Liam Hemsworth in lead roles, and their characters have also been featured in their own special posters.

Priyanka plays a character named Isabella in the film, who is reportedly a “yoga ambassador”. Her poster shows her wearing a loose, flowery dress, with a yellow bag slung over her shoulder. Each of the other members of the cast is also featured on individual posters, and a theatrical poster with Rebel Wilson’s character on it had already been released. 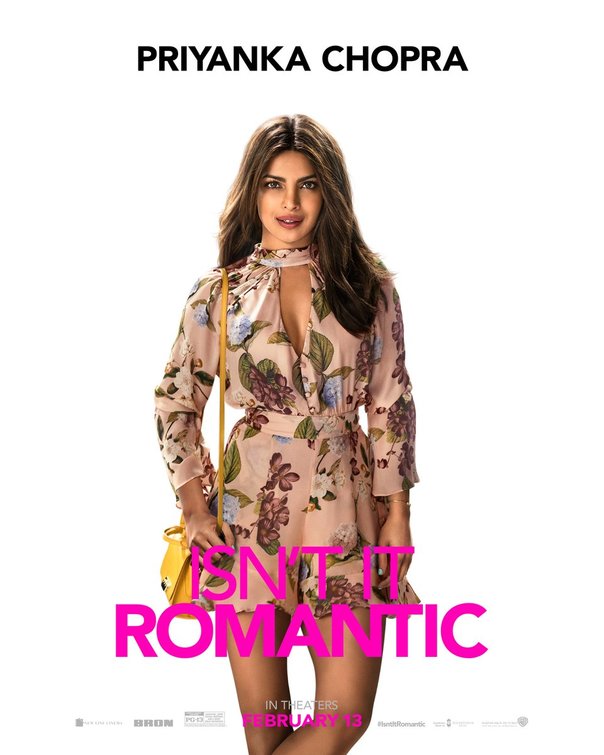 The film tells the story of an Australian woman who wakes up one day to find that her life has transformed into a rom-com movie, complete with a heartthrob romantic interest and a gay best friend.

This is Priyanka’s third Hollywood film, after the critical and box office dud Baywatch and the indie drama A Kid Like Jake. S

Isn’t It Romantic is directed by Todd Strass-Schulson and is scheduled for release on Valentine’s Day.

Farhan Akhtar to shoot in Pakistan?