It has been reported that the protesters have staged sit-ins at Hub River Road that links Sindh to Balochistan, Sohrab Goth — linking Karachi to Hyderabad, Tower area, Main MA Jinnah Road near Numaish Chowrangi, Orangi Town, Star Gate and other areas of Karachi. The security has been beefed up in minorities’ religious areas as well.

Moreover, the Sindh government has issued a high-security alert notification directing the security troops to protect areas that are under threat and “to avoid any untoward incident or law order situation in all districts of Sindh”.

In addition to that, reports on social media stated that the ICI Bridge in Karachi near Tower has been blocked choking the traffic in the area. Furthermore, the Power House Chowrangi route in New Karachi has also been blocked according to a video being circulated on the social media.

The TLP protesters, in their own words, “will block all of Karachi in a little while”.

Following this, the furious demonstrators have burnt tires and blocked the main roads as well. 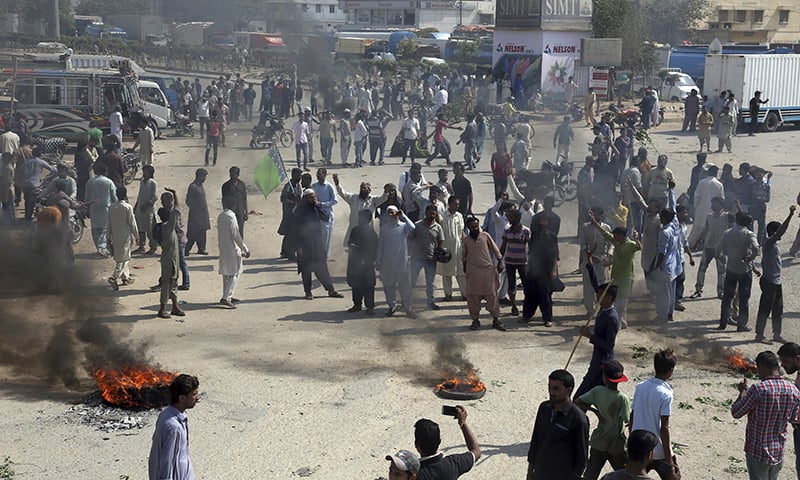 According to further social media reports, unidentified motorcyclists have closed down the Karimabad Market as well.

Following this, Sindh police chief Kaleem Imam has directed the police force to stay on high alert and patrol their areas.