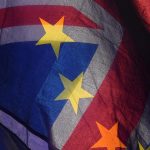 LONDON: Britain is expected to keep the door open for European Union banks and investors after Brexit to try to preserve London’s global financial clout, irrespective of whether it gets a good trade deal from the bloc, bankers and industry officials say. Nerves in the City of London financial district were rattled last month when Read More

The post Britain can’t afford to close door to EU banks after Brexit appeared first on Profit by Pakistan Today.