Yesterday’s matches did not disappoint as Portugal took the lead four minutes into the match through Cristiano Ronaldo’s bullet header which gave the Moroccan keeper no time to react. Spain managed to defeat Iran who were Group leaders until yesterday, an effort from Diego Costa managed to make it past the keeper and was the only goal of the game. The game between Uruguay and Saudi Arabia had the same result as the other two games being played that day as Uruguay managed to steal the win due to a goal from Luis Suarez who also recently reached 100 Caps for his country.

Matchday 8 consists of three fixtures, each of which could very well decide whether that nation goes through to the round of 16 or if they are forced into an early exit from the world cup. The first match of the day is Denmark vs Australia, the Danish recorded a 1-0 win against Peru last time with Yussuf Poulsen opening the scoring in the second half and scoring what ended up being the sole goal of the match. The second match of the day is France vs Peru, with France being expected to win this fixture, however, we could see them lose if they make the same mistakes they did against their match against Australia. France has been underwhelming so far in comparison to their past performances in international competitions, hopefully, this will change today in their match vs Australia and we’ll be treated to world-class football from Les Bleus. The third match of the day is perhaps the most exciting one as Argentina 2014 world cup finalists go up against Croatia this can be dubbed as the key match for Matchday 8.

Argentina: Jorge Sampioli’s men will be looking to redeem themselves after their draw with Iceland in their world cup opener. Lionel Messi especially will be one to watch in this match as he will look to impress the Argentine fans to make up for missing the penalty against Iceland which could have won them the match had he scored. Argentina have unmatched attacking quality in their team. However, with so many attacking players, manager Jorge Sampioli will surely have a hard time deciding who to play for this fixture. Jorge Sampioli has never during his time as Coach of the national team submitted the same starting line up twice in a row, so we can expect to see some changes in today’s squad.

Croatia: Having already won a game, the Croatian players are most likely confident about their fixture today. Argentina may look stronger on paper, however, Croatia does not lose when it comes to quality, they have players such as Rakitic, Modric, and Kovacic in midfield who not only provide attacking support but defensive support as well. Apart from that, these three players play at clubs which are considered to be the top 2 teams in the world, Real Madrid, and FC Barcelona. Croatia has an impressive offence as well fielding the likes of Mario Mandzukic and Kramaric. They had one more notable attacker, however, Nikola Kalinic was sent home after refusing to come on as a substitute in their 2-0 win against Nigeria, claiming he had a back injury. Croatia will be looking to strengthen their squad by adding a defensive midfielder to their formation at the expense of an attacker most likely.

Can Messi handle the expectations placed on him?

As an Argentine footballer, Messi is constantly being compared to Diego Maradona. Having already lost 3 international finals, three chances to win a trophy for his country, the pressure on Messi to win this world cup has never been greater. However, will he be able to deliver? This may be his last chance to win an international trophy while in his prime and make his nation’s dream come true of winning the world cup once more.

Can Croatia keep Messi from scoring? 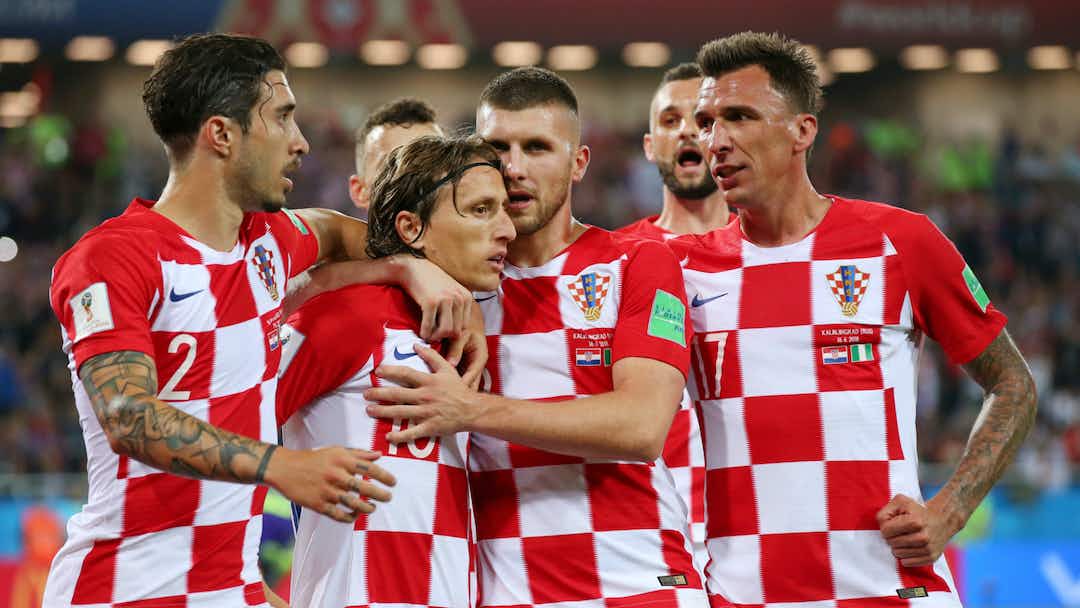 He may have been kept silent during the match with Iceland, however, Lionel Messi has scored each time Argentina have played Croatia, including his 1st goal for the national team which came in 2006 against Croatia. Croatia will be on the defensive for sure given that Argentina will field a super offensive line up as usual. Croatian defender Vedran Corluka in specific will want to play a key part in stopping Messi and Co as the match against Argentina marks his 100th appearance for Croatia.

Given that Argentina doesn’t make the same defensive errors as they did in their game against Iceland, they surely have the quality in their team to break through any defence. However, if such errors are repeated, it is very likely that Croatia will score.