Notorious cocaine kingpin Pablo Escobar may be no more but hit Netflix crime drama Narcos is alive and well, as season three shifts the focus to the notorious Cali Cartel.

The most successful crime syndicate in history at its peak, the multi-billion dollar organization stepped into the void left after the charismatic Medellin Cartel boss was shot dead by Colombian police.

Known as ‘los caballeros’ (the gentlemen) of Cali, its leaders were an altogether different prospect from the flamboyant Escobar, shunning the limelight and running their business like a Fortune 500 company.

While Escobar enjoyed both adulation and notoriety, handing out charity and brutal mob justice very publicly, the Cali godfathers were more interested in making alliances with their massive network of bribes and political favors.

By the early 1990s the “Cali KGB” – so-called because of their extensive intelligence infrastructure – controlled up to 90 percent of the world’s cocaine supply, amassing an estimated $12 billion.

They were described in a report by the US Drug Enforcement Administration (DEA) as “the most powerful international drug trafficking organization in history.”

As Escobar escalated his campaign of bombing against the Colombian government, the Calis were quietly professionalizing the industry, surpassing Medellin as the number one underworld organization in Colombia.

“While everyone was focused on Pablo, this other approach to drug trafficking was forming, which is more corporate, more secretive,” Narcos executive producer Peter Friedlander told a group of media outlets including AFP ahead of the season three premiere in Bogota. 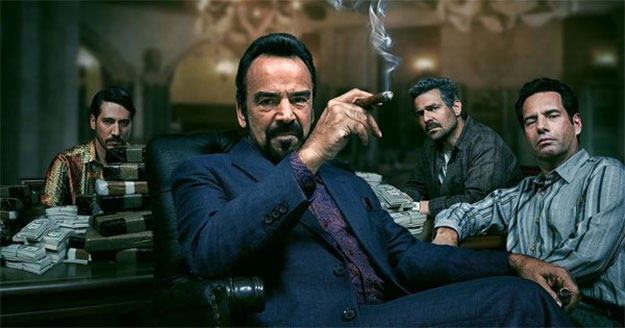 “So you’re seeing ways in which this war is going to continue to shape-shift.”

While Escobar was a godlike figure, running everything from the top, the Cali Cartel had a unique leadership structure consisting of a four-man board of directors, each in charge of a different aspect of the business.

Gilberto Rodriguez Orejuela, played by Damian Alcazar in Narcos, was the supreme leader and was known as the Chess Player because he was always one move ahead of his enemies. 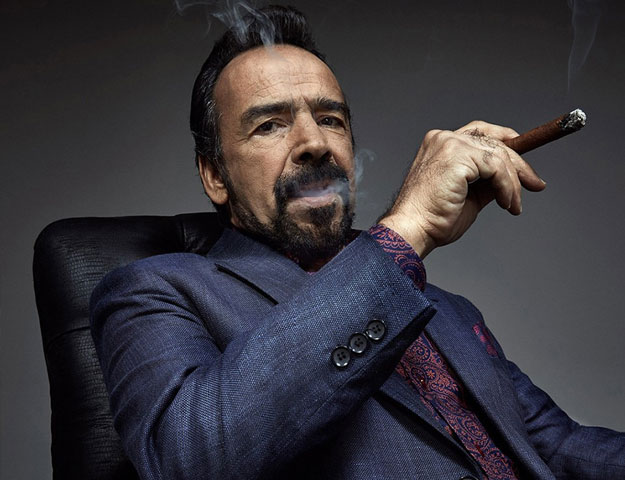 Francisco Helmer “Pacho” Herrera (Alberto Ammann) was the muscle behind the outfit, a cold-blooded killer in charge of international distribution. 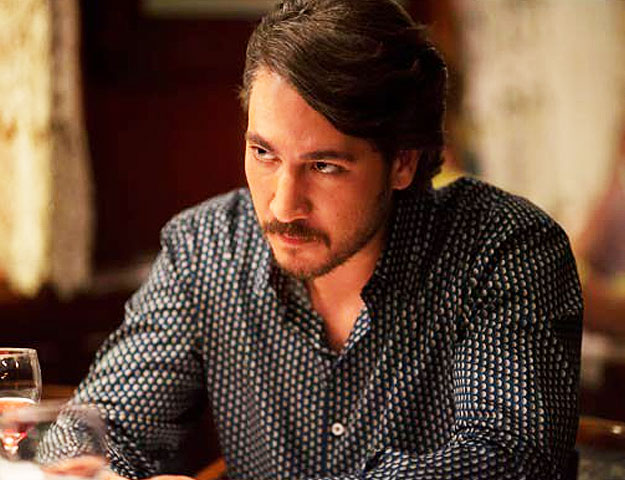 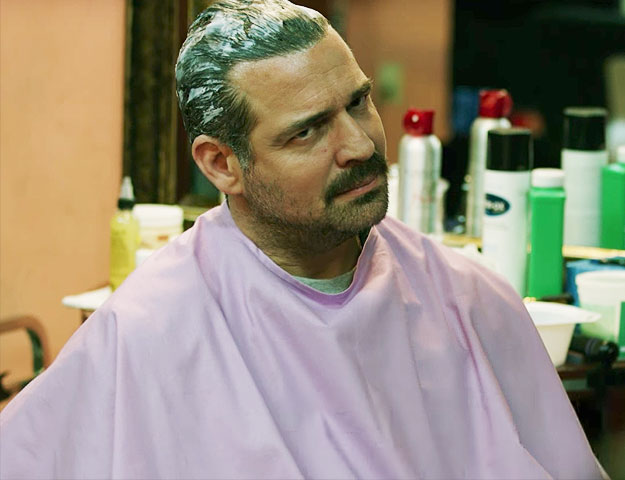 The Cali Cartel may have been better at business strategy than the impulsive Escobar, but they were far from benign pen-pushers, and Narcos shows them running Colombia’s underworld with an iron fist.

But while Escobar’s Medellin Cartel wanted everyone to see the blood they spilled, the Calis dumped bodies bound in chicken wire into rivers so that they would bloat, shred into tiny pieces and end up as fish food.

As Escobar’s killings ran into the thousands, many of the “disappearances” at the hands of the Cali barons weren’t even counted in the murder statistics. 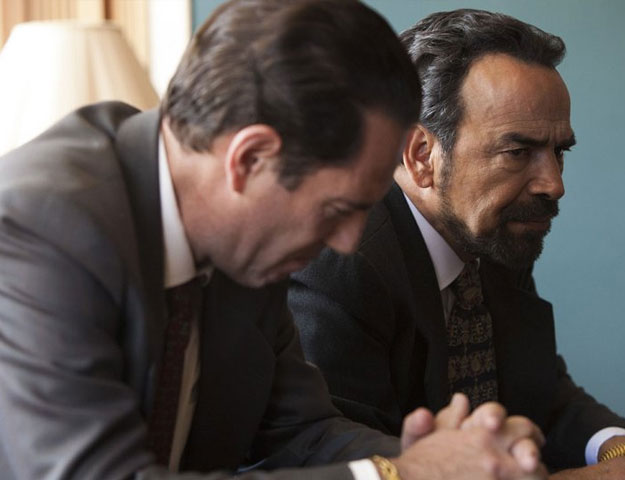 “There wasn’t that in-your-face violence that was happening in other parts of Colombia,” said co-executive producer Andi Baiz, 42, who grew up in the southwestern city of Cali at the height of the Rodriguez brothers’ reign.

“We were living in a bubble in which the economy was booming. There was a feeling of protection from the war against Medellin. And then the bubble popped and we understood all the corruption that was going on, and how the moral values of people decayed.”

This mashup of Raees, Narcos is going viral

Season three, which dropped on Friday, opens with cartel boss Gilberto negotiating a surrender which will allow the partners to keep their fortune and avoid jail time, although the plan quickly goes awry. 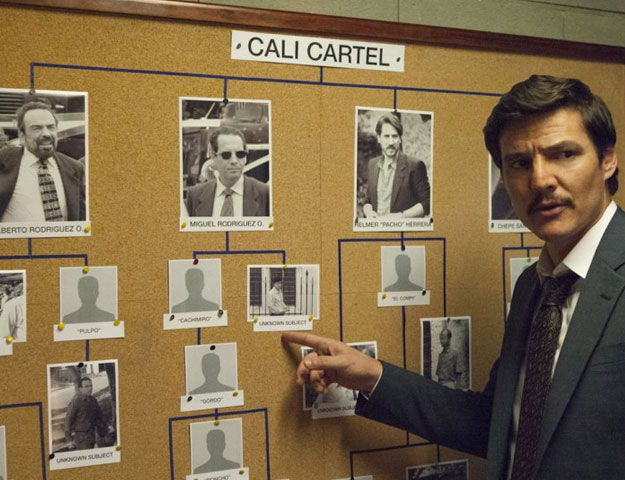 DEA Agent Javier Pena – Chilean-American actor Pedro Pascal (Game of Thrones, Kingsman: The Golden Circle) – a major player in the operation to hunt Escobar, switches his attention to the Cali Cartel after the kingpin’s 1993 death on a Medellin rooftop at the age of 44.

Viewers are shown how the three men worked with the Cali Cartel’s head of security Jorge Salcedo (Matias Varela) to plot the downfall of the Rodriguez brothers. Salcedo is now in a witness protection program in the United States. 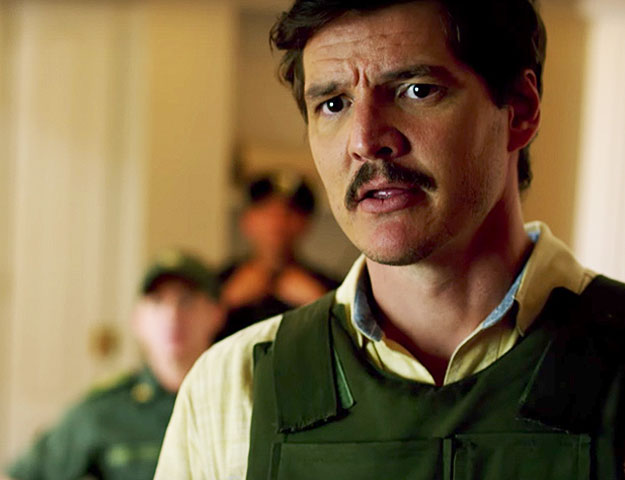 The brothers, now in their 70s, were arrested in the mid-1990s but freed from prison in Colombia after serving only a few years.

Their real problems started when they were extradited to Miami in 2006, charged with conspiring to import 200,000 kilograms (440,000 pounds) of cocaine into the United States.

They are serving sentences in federal prisons in North and South Carolina, their vast wealth gone and with no real hope of ever being released.

But their influence in professionalizing drug trafficking remains an indelible legacy. 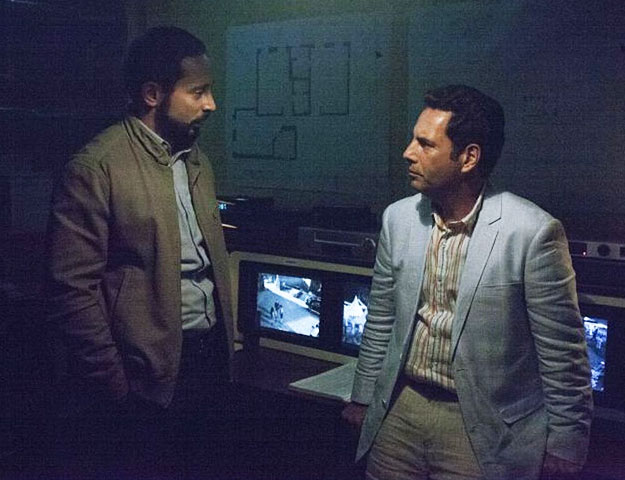 “In our first two seasons, Pablo Escobar is a tsar, he’s a king. And so it’s fighting one king in control of the industry,” said Pascal, 42.

“With Cali, it’s four godfathers very (insinuated) into the society that they are controlling. It changes the narrative structure because the story is very different, much more complex and sprawling.

“The truth is that after Escobar, the cocaine industry grew. The Cali Cartel had more money, more power, more reach.”