The former assistant to the Prime Minister on foreign affairs, Tariq Fatemi, has rejected his involvement in Dawn Leaks controversy.

In a letter written to his colleagues in the Foreign Ministry, Tariq Fatemi rejected the allegations levelled against him.

He wrote, “I reject recent allegations, insinuations and innuendos. Such suggestions are particularly hurtful to someone who has served Pakistan for nearly five decades with honour and dignity.”

“I have also had the honour of working directly under distinguished diplomats, both professional as well as political appointees, all of whom reposed their highest trust in my abilities and particularly so, in my lifelong commitment to discretion. You would appreciate that taking due care and caution becomes a second nature in our professional careers,” adds Fatemi to the letter. 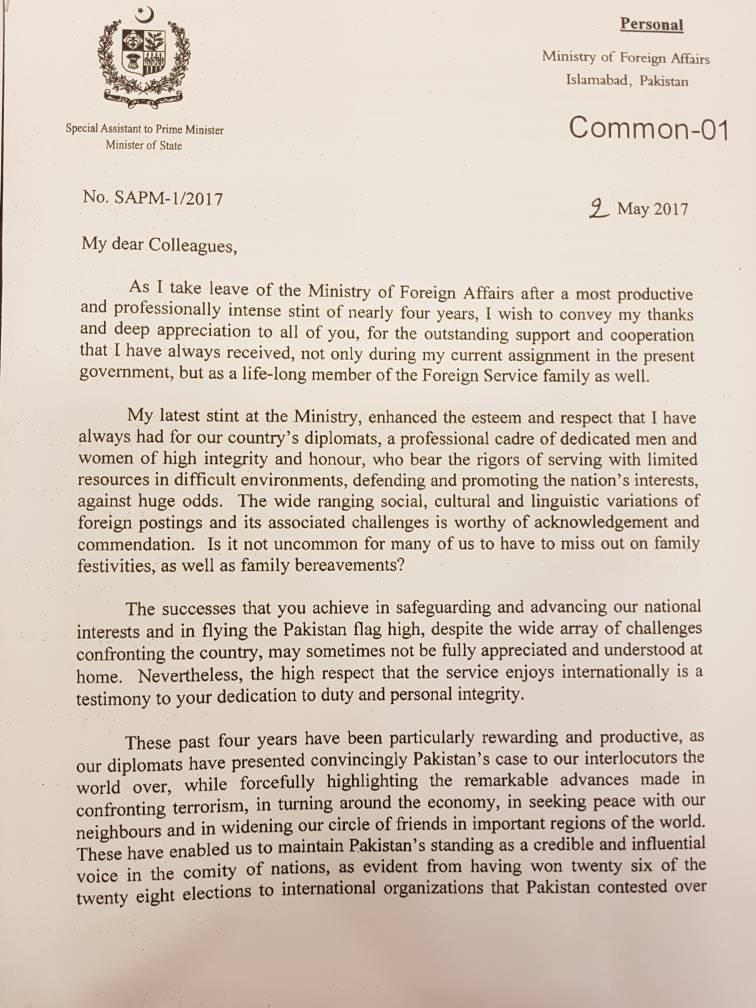 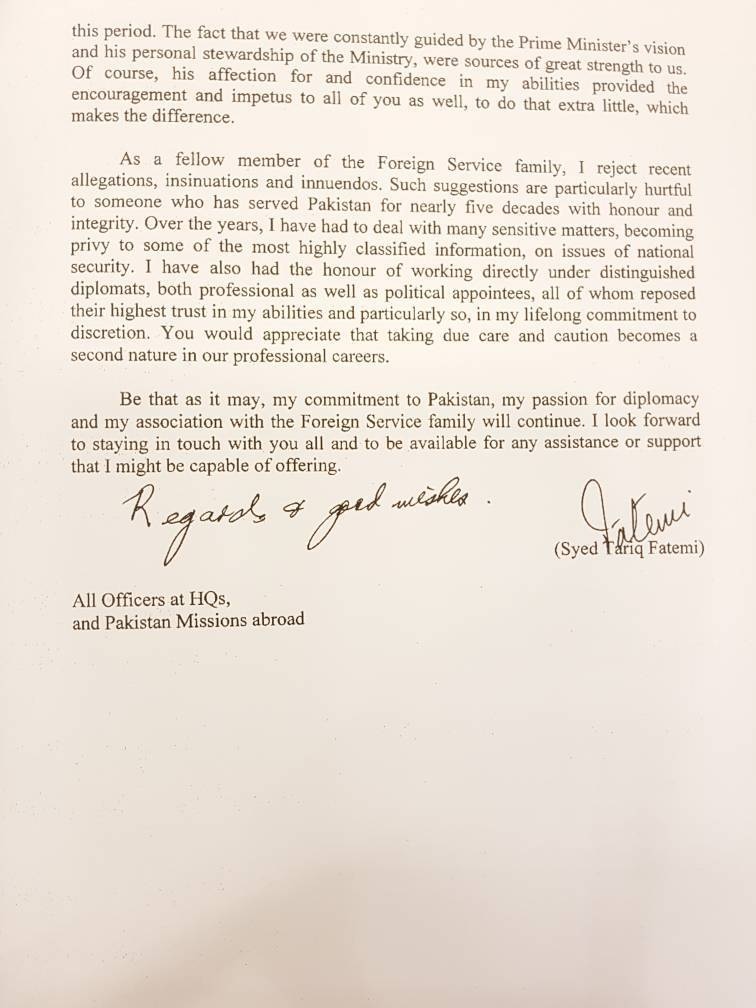 The prime minister accepted the Dawn Leaks Inquiry Committee’s findings that held Fatemi responsible for exposing classified information regarding a high-level meeting between civil and military leadership to the media – Dawn News’ columnist, Cyril Almeida, in particular – and discharged the diplomat from service.

The prime minister further sanctioned Rao Tehseen Ali, principal information officer at the press information department who was also found involved in the leak of information, by the inquiry committee, and ordered that he be proceeded against under the E&D rules 1973 on the charges based on the findings of the report.

The PM’s order added that the editor of Dawn Newspaper, Zaffar Abbas, and reporter Cyril Almeida be referred to the All Pakistan Newspaper Association (APNS) “for necessary disciplinary action.”

The PM also ordered that APNS be asked to develop a code of conduct for the media, “especially when dealing with issues relating to the security of Pakistan and to ensure that stories on issues of national importance and security are published by abiding by basic journalistic and editorial norms”.

However, shortly after the PM’s order, the army, in a tweet by the DG ISPR, rejected the findings of the inquiry saying that it was “incomplete and not in line with recommendations by the Inquiry Board.”

The English-language daily, Dawn, had published a story on October 6 in which journalist Cyril Almeida had written about an apparent civil-military rift during the National Security Committee (NSC) meeting over the issue of tackling jihadi outfits.

The inquiry committee comprised one member each from the ISI, MI and IB, Secretary Establishment Tahir Shahbaz, Ombudsman Punjab Najam Saeed, and an FIA director.

PM Nawaz scheduled to participate in WEF from Monday