LONDON: Barack Obama has been enjoying life after the US presidency by trying out watersports on a luxury Caribbean island owned by Richard Branson, the Virgin chief said on Tuesday.

The former US leader and his wife Michelle Obama visited Moskito Island, in the British Virgin Islands, after handing over the presidency to his successor Donald Trump.

Photos published on Branson’s blog show Obama smiling on board a speed boat and wearing a helmet and goggles as he tries out kitesurfing.

“Being the former president of America, there was lots of security around, but Barack was able to really relax and get into it,” the British billionaire wrote. 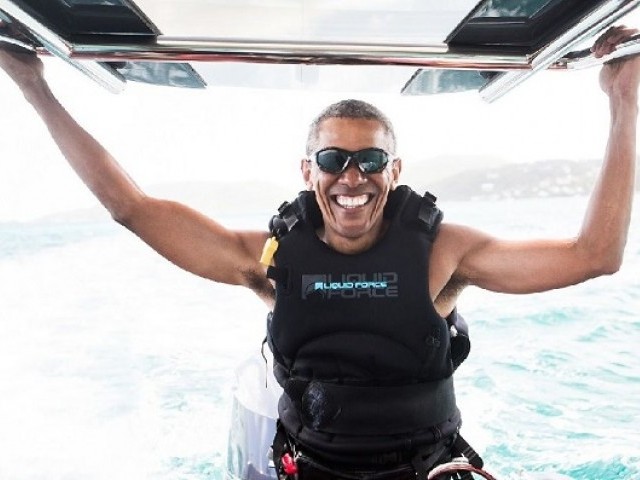 Obama had been stopped by his security detail from doing watersports during his presidency, Branson said. Two days were dedicated to teaching Obama how to kitesurf from the beach, “as if going back to being a child again” according to his host.

Branson bought Moskito Island in 2007 and has since built a luxury estate which can host 22 guests, according to the resort’s website. 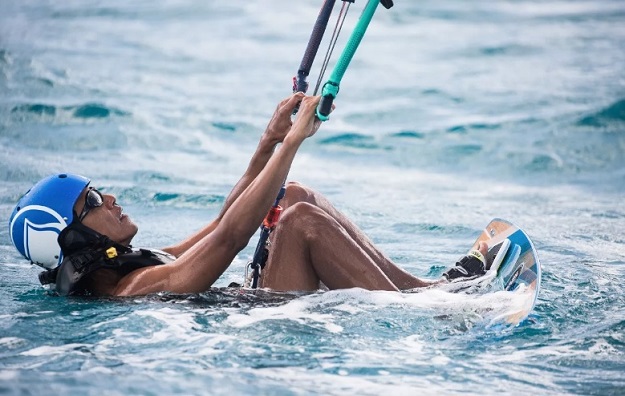 Immediately after leaving the White House on January 20, the Obamas flew to California for a short holiday in Palm Springs.

In his final press conference as president, Obama said he was looking forward to spending time with his family after leaving office. “I want to do some writing, I want to be quiet a little bit and not hear myself talk so darn much. I want to spend precious time with my girls,” he said.