This is Nisar’s first meeting with the premier after his return from London where he met various significant personalities.

Sartaj Aziz also met PM Nawaz and talked about the matters related to the Heart of Asia conference in India. 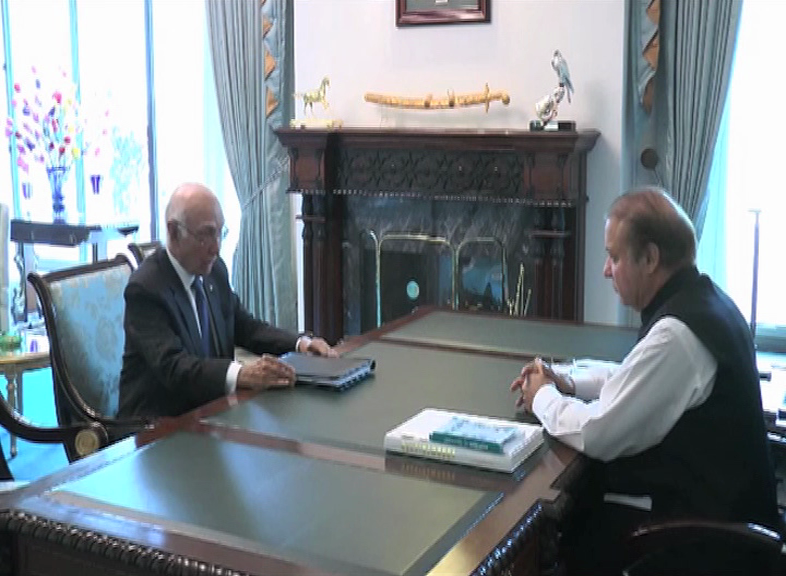 They also exchanged views over the situation in occupied Kashmir and Afghanistan.