Residents in Azad Jammu and Kashmir (AJK) are racing to build underground bunkers for the first time since the 1990s, frightened by what they say is the worst cross-border violence near the Line of Control (LoC) since a ceasefire was agreed upon in 2003.

Months of tension between India and Pakistan have erupted into shelling and gunfire across the LoC, claiming the lives of dozens of people, including civilians.

People in AJK’s Neelum Valley say the attacks come once or twice a week, and they never know when they might have to dive for cover.

Chand Bibi has concrete and steel rods waiting to be transformed into an underground bunker where her terrified family can take shelter as the monstrous boom of shelling reawakens old nightmares. 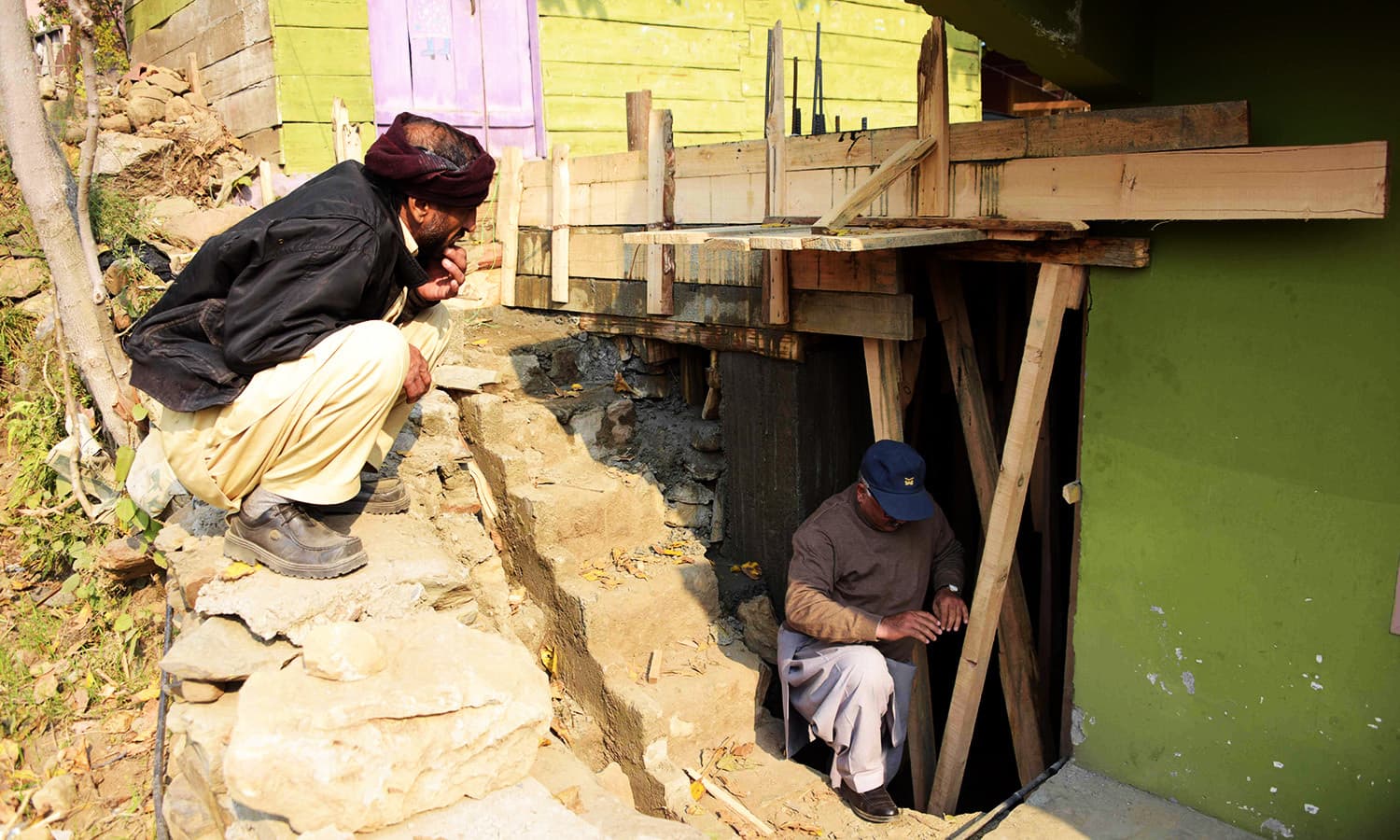 “You are talking about fear,” the 62-year-old says. “We are near to dying at the moment we hear the boom. The voice of the guns is horrible.”

When it comes, Bibi and her relatives pile blankets, quilts and clothes on top of their children to muffle the noise and their panic.

Soon the extended family of about 20 people will be able to flee underground to the bunker they have paid Rs300,000 to build — just under the cost of constructing a mud house in the valley, where the average worker makes around Rs800 per day.

Sultan Ahmed is spending even more: up to Rs500,000 for a three metre by four meters (10 foot by 14 foot) space reinforced by more than 20 centimetres (eight inches) of concrete, fortified with steel rods, and buried under nearly a metre of soil.

Some 25 people will be able to take shelter inside the bunker once it is completed, the 47-year-old teacher says. 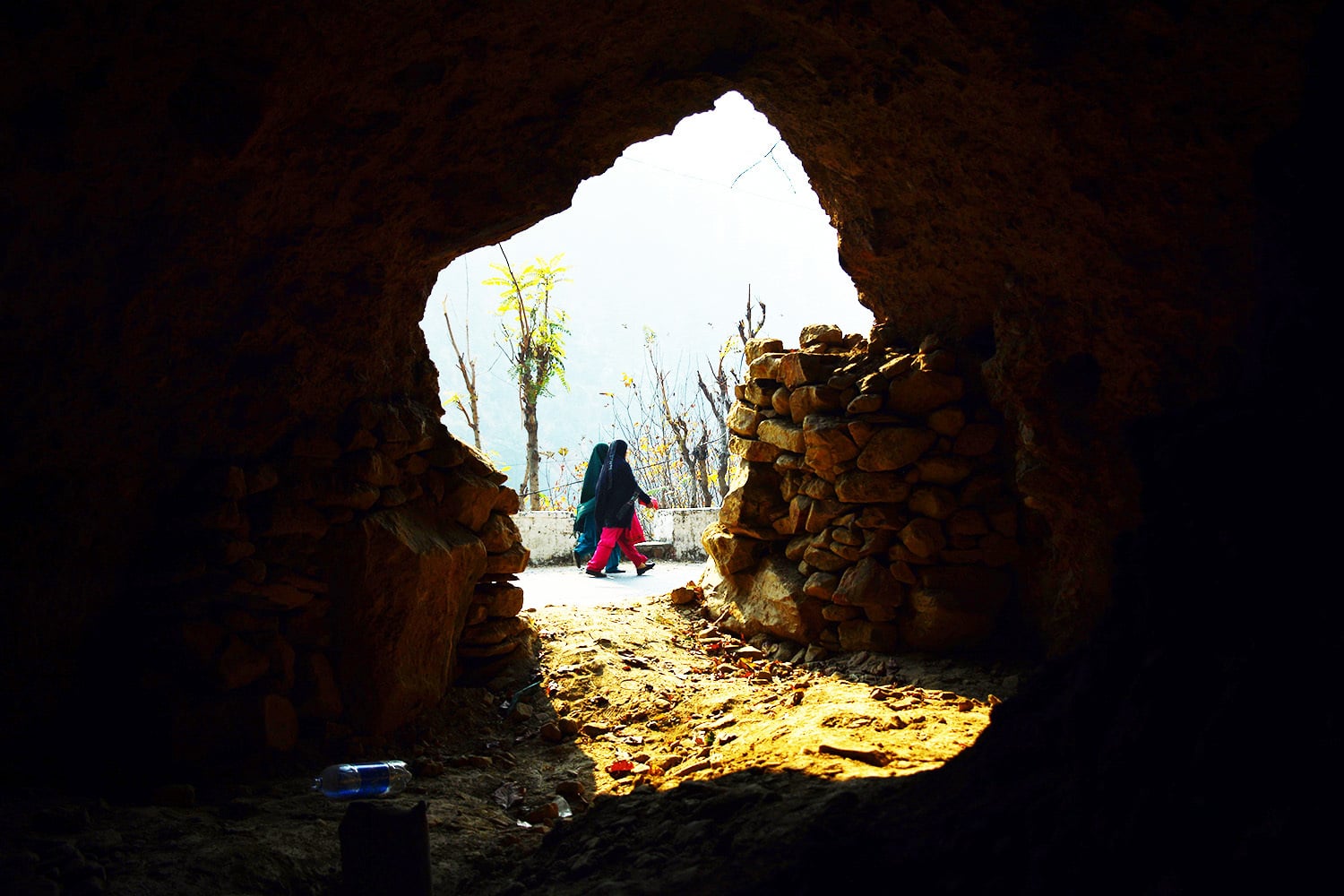 Local mason Ghulam Hussain tells a foreign media agency that his business has increased because of the renewed violence, as he packs his tools after finishing a bunker at one house to rush to another and start again.

Around half a million people live within range of Indian fire along the LoC, the de facto border that has divided the Himalayan region since 2003, according to AJK Prime Minister Farooq Haider Khan.

He says the government plans to build “community bunkers”.

Kashmir is one of the world’s most dangerous flashpoints, divided between India and Pakistan since the end of British colonial rule in 1947.

They have already fought two wars over the mountainous region, but years of relative peace after the 2003 ceasefire were shattered in September after India blamed Pakistani militants for a raid on an army base in Uri that killed 19 soldiers.

India said it had responded by carrying out “surgical strikes” across the heavily militarised border, sparking a furious reaction from Islamabad, which denied the strikes took place.

On Tuesday armed militants stormed a major Indian army base near the LoC, killing seven soldiers in the most audacious such attack since the September raid.

The fear spiralling on the Pakistani side is not only consuming residents — tourism to the scenic Neelum Valley has plummeted this year, local official Sardar Abdul Waheed tells foreign media. 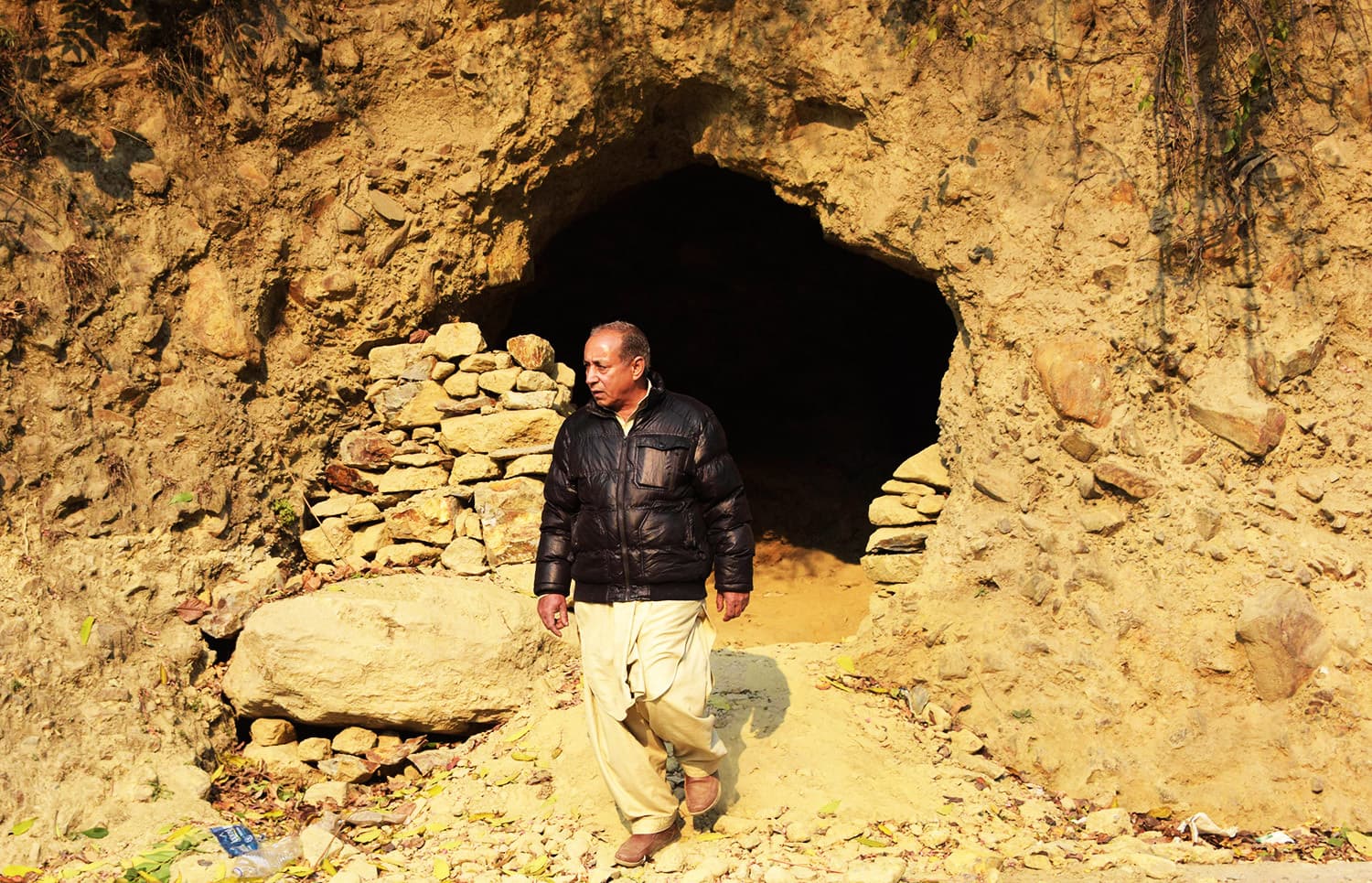 “I am nervous that if this situation continues my whole investment will be sunk,” says Zulfiqar Ali, who built a guesthouse in the valley last year.

Cross-border firing hit a civilian bus there on November 23, killing at least nine people, one of the highest one-day tolls since the latest unrest began.

In response authorities shut down the main road connecting the AJK capital, Muzaffarabad, with the valley, effectively sealing it off from the rest of Pakistan with no word when it will be reopened. 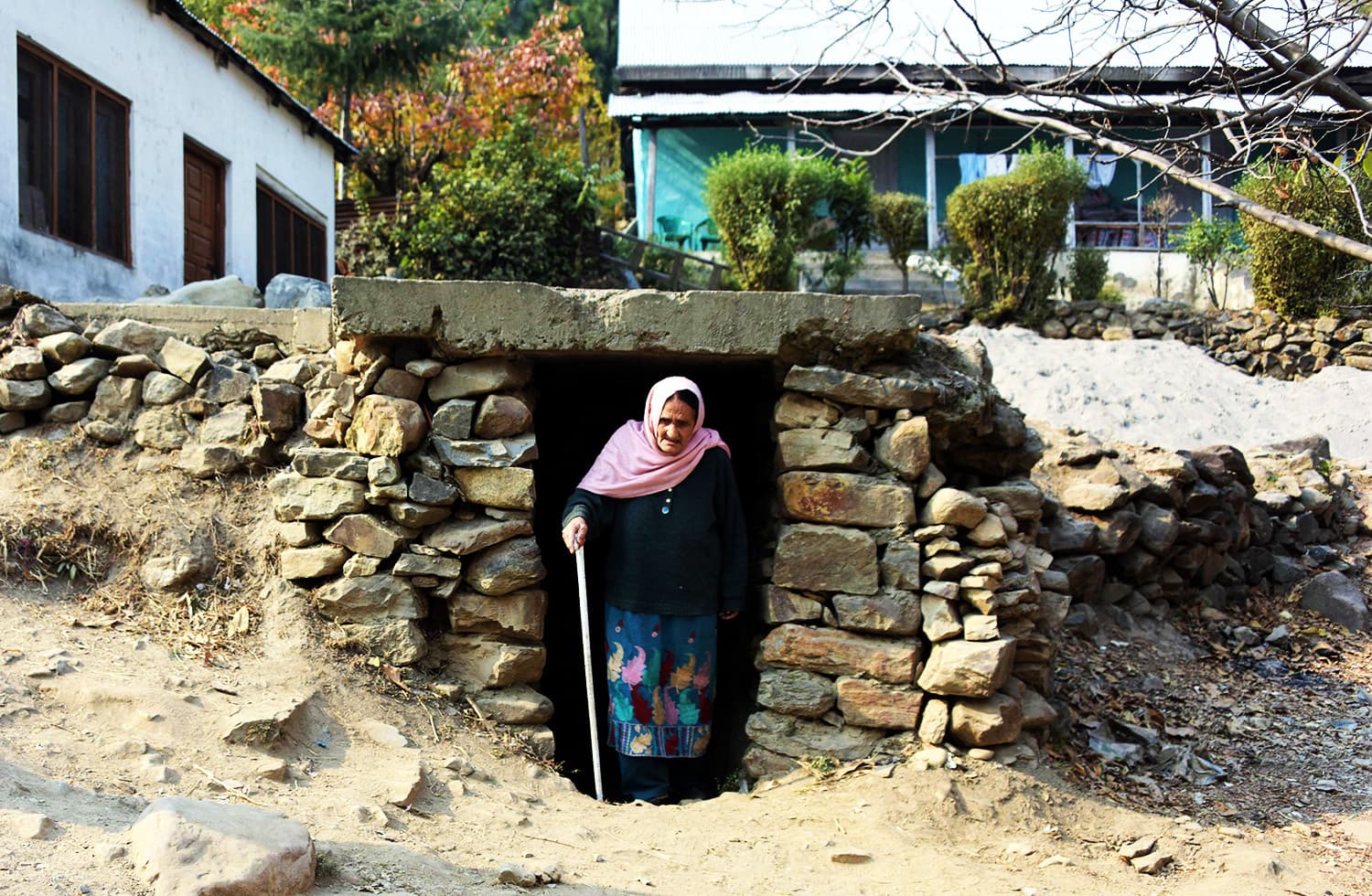 Before the valley was closed, many residents told a foreign media agency that they could not afford to leave and had nowhere to go. Others, however, said they refused to be driven away.

Those who cannot pay the high cost of transporting bunker materials from Kashmir’s main cities to the remote valley are fortifying their homes in whatever way they can.

“We are just placing sandbags to reinforce the front walls,” says 65-year-old widow Zarina Bibi, head of a family of 15.

“We are in a state of fear all the time. We don’t know when the Indian troops will start shelling again.” 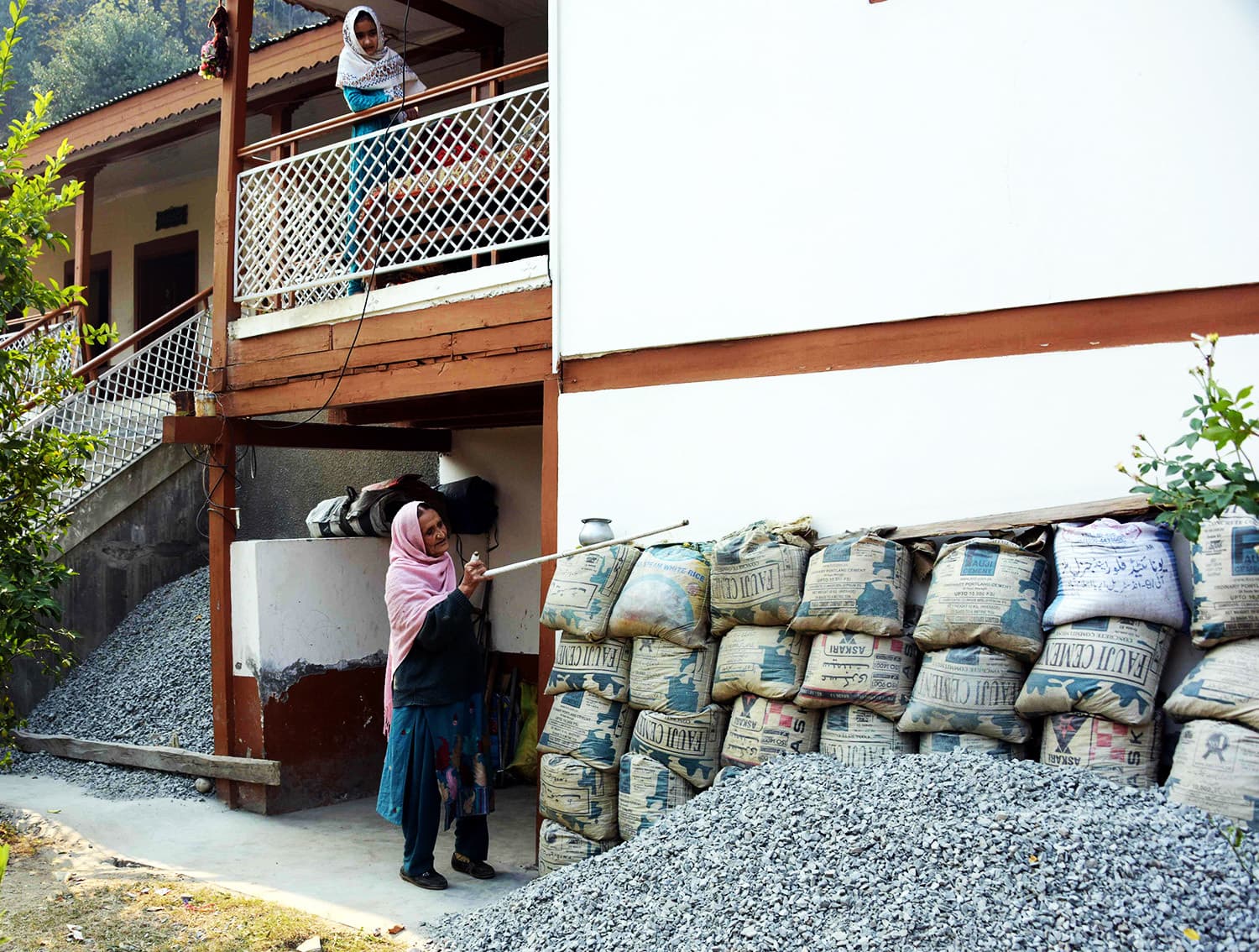