A Somali-American college student from Minnesota is set to compete in a beauty pageant for the first time while remaining fully covered in her hijab.

Breaking all stereotypes, 19-year-old Halima Aden is the first participant to compete in Miss Minnesota USA while wearing the hijab, attempting to clear all misconceptions about Muslim women, reports Buzzfeed. 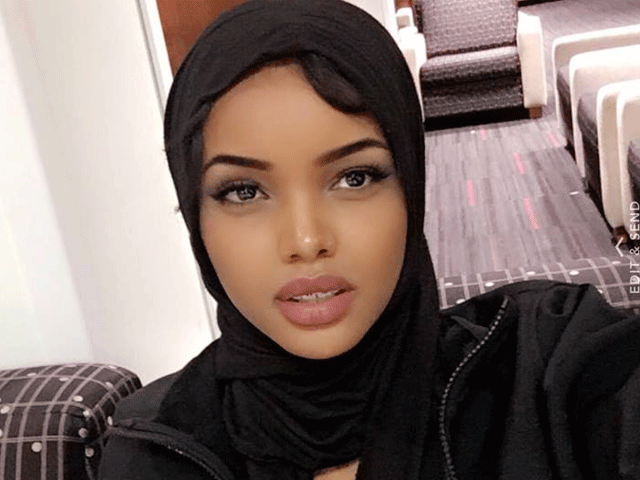 If Halima wins, she will represent the state of Minnesota in Miss USA 2017. Aden also wore a burkini in the swimsuit segment, being the first to do so as the crowd lauded her decision.

Aden has never competed in a pageant before and decided to do so this year so she can help break the negative stereotypes about Muslims in the USA.

“There is not one description of beauty, that in fact it has different faces, different stories, and a different background, and it’s important to embrace all of those,” Aden said while talking to a TV station.

Born in a refugee camp in Kenya, Aden migrated to Minnesota with her parents when she was a child. Minnesota is known as a popular place for Somali immigrants to settle.

The 19-year-old also faced a lot of criticism from home and a disagreement from her own mother, who believes that she should focus on her education.

Aden, however, believes that the disagreement is merely a generation gap, and went on to buy a burkini for the swimsuit segment in the pageant.

“The hijab is a symbol that we wear on our heads,” Aden said, “but I want people to know that it is my choice. I’m doing it because I want to do it.”

The Miss USA pageant was previously owned by President-Elect Donald Trump for the last two decades. This, however, changed which Trump made some distasteful comments about immigrants. The pageant is now on aired on the Fox News.

Santa Claus volunteer turns out to be a sex offender