Cricketer Shahid Afridi reached Pakistan from Bangladesh to participate in this inauguration ceremony. 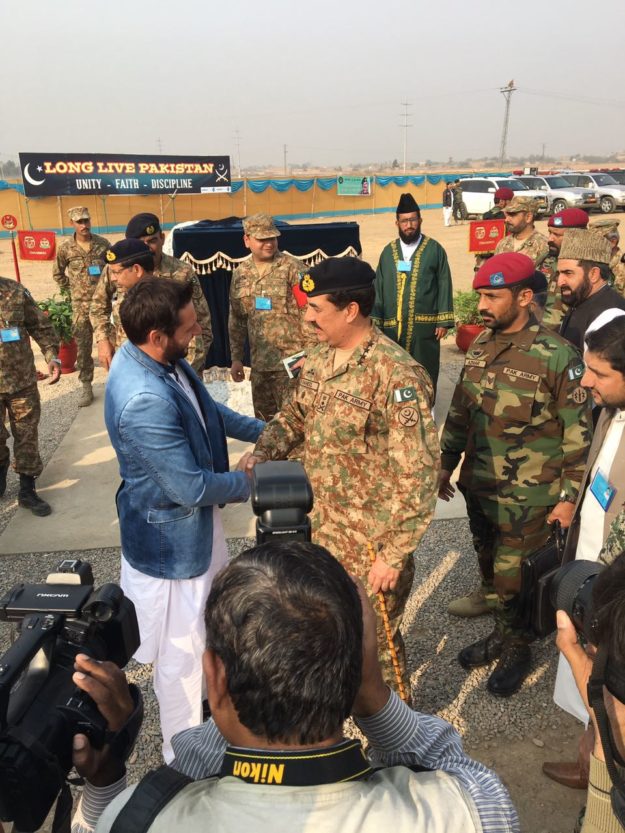 Shahid Afridi attended the inauguration ceremony of the ground on the invitation of Army Chief Raheel Sharif .

The cricket ground in the name of “Shahid Afridi” has been set up by Pakistan army in Khyber Agency in recognition of commendable services rendered by him in the field of cricket .

You are a national hero and I wish you the very best in your days ahead. May Allah Bless you more. PakistanZindabad pic.twitter.com/P0sQEHv5BO

It is pertinent to mention here that some days before, “Younis khan cricket stadium” was also inaugurated by General Raheel Sharif.
The army chief is currently on his farewell tour of the country as he is set to retire at the end of the month.

The journey from Hilal Road to Raiwind