Camped on the baking concrete outside a gleaming transplant centre, Karachi’s sick have come from miles around in desperate hope for a last chance at life.

Rizvi, with a thatch of white hair as springy as his step, roams the crowded halls of his life’s work every day from 8:00 in the morning until midnight or later, visiting the bedsides of patients — children, criminals, VIPs alike. 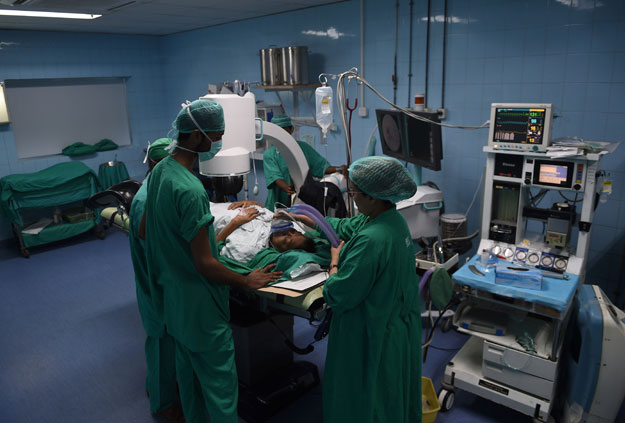 At 79 he is fuelled by love of his job, his enthusiasm evident as he recounts his 42-year odyssey from starting with an eight-bed ward to building one of the largest treatment networks in South Asia.

The achievement cannot be understated. His Sindh Institute of Urology and Transplantation (SIUT) is funded largely by charitable donations, some as small as 100 rupees ($1) at a time, and has treated millions of people over the last four decades.

More than 300 transplants and 260,000 dialysis sessions were carried out in 2015 alone, with follow-up treatments and medications provided for as long as it takes — all entirely for free.

“Governments in a developing country… they cannot afford a state-of-the-art health service,” says Rizvi, describing the unimaginable poverty that staff in some of his 10 health centres across the country encounter.

The government does give money, its funding accounts for some 30 percent of SIUT’s budget, but not enough to fulfil Rizvi’s philosophy that “every human being… has got a right to access healthcare, to live with dignity”. 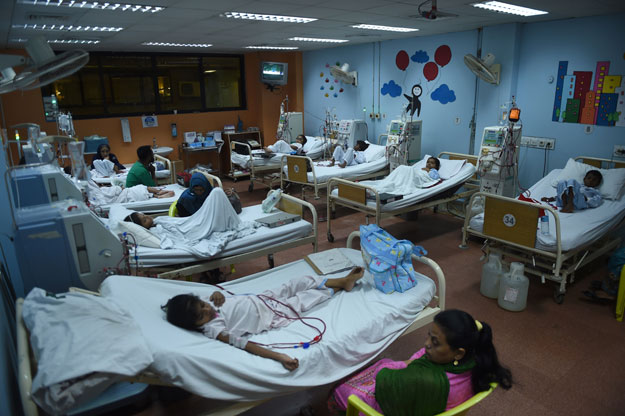 The solution? Rizvi, inspired by Britain’s National Health Service, “went to everyone, and we made them partner”.

But, when SIUT was founded in 1974, convincing Pakistanis to donate their hard-earned money for such a mission in the conservative Muslim country was a challenge.

While the giving of zakat, or charity, is one of the five pillars of Islam, many believed organ donation went against sharia, or Islamic law. No organs; no transplants. To break the impasse, Rizvi had to get the clerics on his side.

“Luckily they all agreed… that organ donation is quite Islamic and should be done,” he says — though with the caveats that all heirs must agree to the donation, and that a Muslim’s organs could not be transplanted into the body of a non-Muslim. 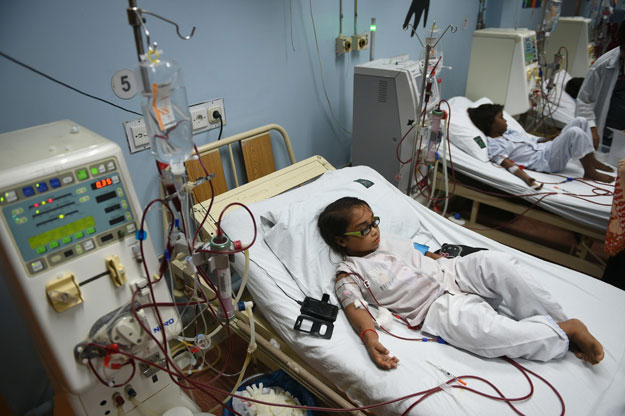 Even so, a lack of awareness in Pakistan about the value of organ donation is “pushing back our progress”, Rizvi admits.

Pakistanis who enter SIUT’s main centre in Karachi are taken aback by its spotlessness and efficiency, traits virtually absent in many of the country’s other hospitals.

In a bright paediatric ward the young patients receive dialysis, resting on white sheets set off by sky-blue walls painted with cheerful murals.

Roaming the ward is medical social worker Sanober Ambreen, who describes her job as keeping the patients “calm and cool” throughout the uncomfortable procedure with music classes, paintings, even talent quests.

Children face an added hurdle: coming to the hospital at least twice a week for hours on end can see them drop out of school entirely, she says.

Diminutive 17-year-old Hina Hameed, lying in her bed in a corner of the ward, is one of them. She has been on dialysis since she was four and quit school in seventh grade.

“I wish I could resume my studies,” she says, vowing to do so if she ever gets a transplant. “I want to become whatever my mother and father dream for me.”

Several wards over, Ejaz Mushtaq lies chained to the bed, an armed policeman seated at its foot beneath whirring fans, as his blood rushes through the dialysis machine.

Mushtaq is awaiting trial on so-called “encounter” charges — accusations of targeting police that he claims are false.

His kidneys began to fail while he was in custody. Now he comes to SIUT twice a week for dialysis. “This is a good facility, especially for the poor,” he says.

A patient like Mushtaq receives the same treatment as any other patient, including VIPs, Rizvi says. “Same type of food, same type of bed.”

This, he admits, was difficult for some to accept — so difficult that he has received some threats, though he shrugged them off.

“We sit and talk to them and we just show them that, see this man, we are treating him, he is like you and me. Should I let him die?”

Bustling through the hospital, Rizvi insists he has achieved nothing yet, and vows to take on no less an enemy than cancer itself next, calling it “doable”.

He brushes off any suggestion of retirement.

“My colleagues, they are working (the) same way. Most of them have become hypertensive, I have not,” he laughs.