Pakistani cinemas have placed an indefinite ban on the screening of Indian films amid cross-border tensions between Pakistan and India.

The management of Lahore’s Super Cinema has announced in a Facebook post that they will cease the screening of all Indian films in their cinema. 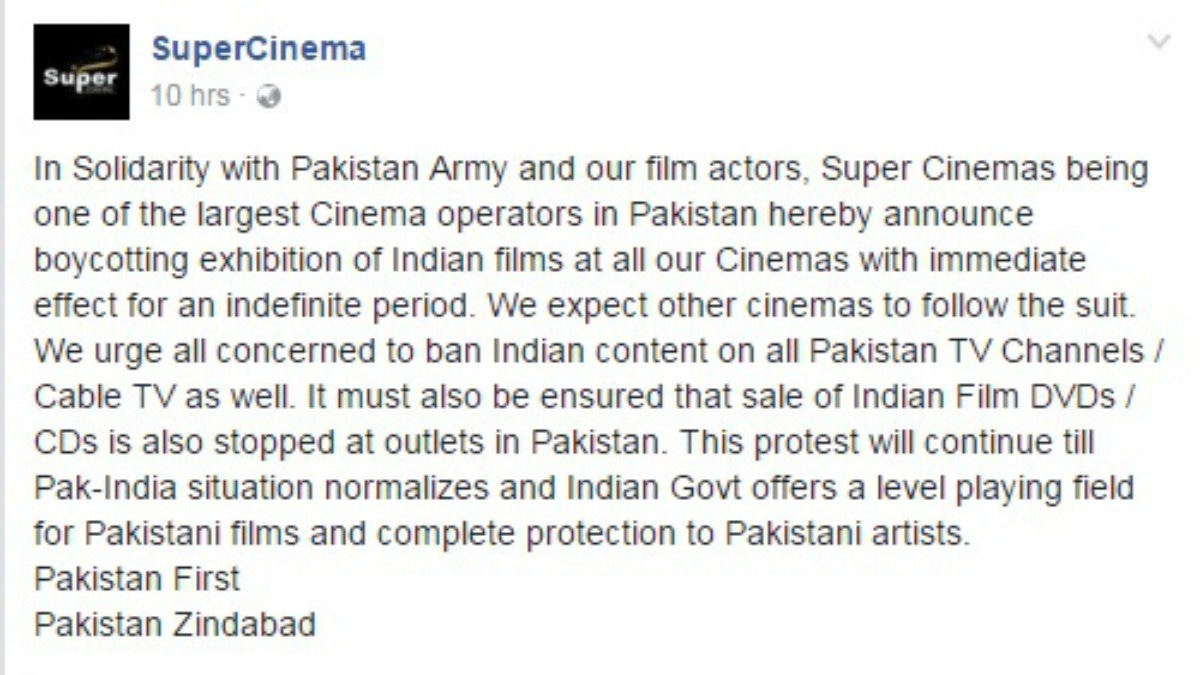 Karachi’s Nueplex Cinemas followed suit; the management conveyed this to its patrons in a post on Facebook:

The screening of Bollywood film, the Amitabh Bachchan-starrer Pink, has been stopped.

While Atrium cinemas has yet to make a public announcement, its website reveals that the cinema’s management has also decided against the screening of Indian films.

Earlier, the Indian Motion Picture Producers Association (IMPPA) banned Pakistani actors, singers and technicians from working in India till “normalcy” returns. This move followed earlier pressure on Pakistani artistes to ‘leave’ India in 48 hours. While no prominent Pakistani artiste was present in India, upcoming concerts of Shafqat Amanat Ali and Atif Aslam have been cancelled.

Rich and powerful warn robots are coming for your jobs