Donald Trump has been gone from Atlantic City for years, but his name has lived on in glowing neon on the facade of a casino he no longer owned.

But later this year, the Republican presidential nominee’s name will disappear from the seaside gambling resort — along with 3,000 jobs.

The Trump Taj Mahal casino, opened 26 years ago by Trump, announced Wednesday that it will shut down after Labor Day.

The business now belongs to Trump’s friend and fellow billionaire Carl Icahn, who decided he can no longer support a casino losing millions of dollars each month amid a crippling strike.

Atlantic City’s main casino workers union has been on strike against the Taj Mahal since July 1. On Thursday, the strike will become the longest in the city’s 38-year casino era, eclipsing the 34-day walkout the union staged against seven casinos in 2004.

The shutdown will reduce the number of casinos in Atlantic City to seven. 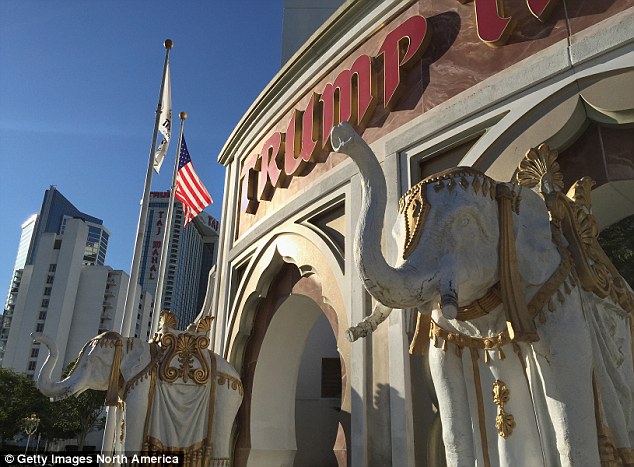 The job losses will be in addition to 8,000 workers who became unemployed when four Atlantic City casinos closed in 2014.

And the bloodletting may not be over yet: Voters will decide in November whether to permit two new casinos in northern New Jersey just outside New York City, a development that would likely lead to additional casino closures in Atlantic City.

Tony Rodio, president of Tropicana Entertainment, which runs the Taj Mahal, said management decided Wednesday it can no longer operate a money-losing property in the midst of a strike by Local 54 of the Unite-HERE union.

‘Currently the Taj is losing multi-millions a month, and now with this strike, we see no path to profitability,’ Rodio said. ‘Our directors cannot just allow the Taj to continue burning through tens of millions of dollars when the union has singlehandedly blocked any path to profitability. Unfortunately, we’ve reached the point where we will have to close the Taj.’

Trump once owned three Atlantic City casinos, but cut most ties with the city by 2009. Having lost ownership of the company to bondholders in a previous bankruptcy, Trump resigned as chairman of Trump Entertainment Resorts, retaining a 10 percent stake in return for the use of his name. That interest was wiped out in bankruptcy court when Icahn took over in March.

The central issue in the strike is restoration of health insurance and pension benefits that previous owners got a bankruptcy court judge to approve in October 2014. Icahn offered to restore health insurance to Taj Mahal workers, but at a level less than what workers at the city’s other seven casinos receive. 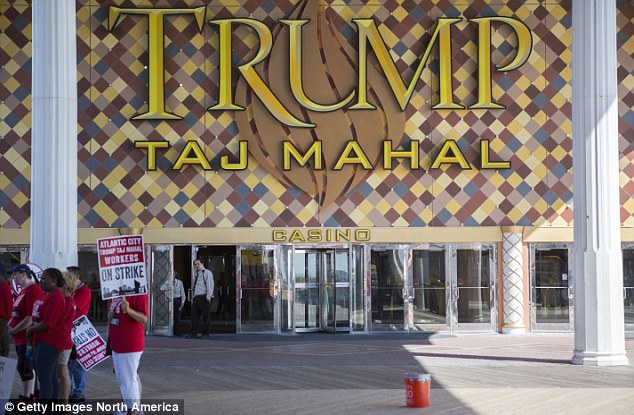 The union rejected that offer.

McDevitt said the Taj Mahal shutdown was the third recent Atlantic City casino closing in which Icahn had a hand. Icahn was the main lender to Trump Entertainment Resorts, which shut down Trump Plaza in September 2014. He also owns Atlantic City’s Tropicana casino, which jointly bought and then shut down the Atlantic Club casino in January 2014, with Tropicana and Caesars Entertainment divvying up the casino’s assets.

An exact shutdown date for the Taj Mahal has not yet been set. McDevitt said 60-day warning notices to employees are required, making early October the soonest the casino can close.

McDevitt said union members will continue to picket the casino as the closing approaches.