US President Barack Obama spoke in strong support of Muslim Americans, who he said “enrich our lives every single day”, at his first Eid celebration at the White House on Thursday. 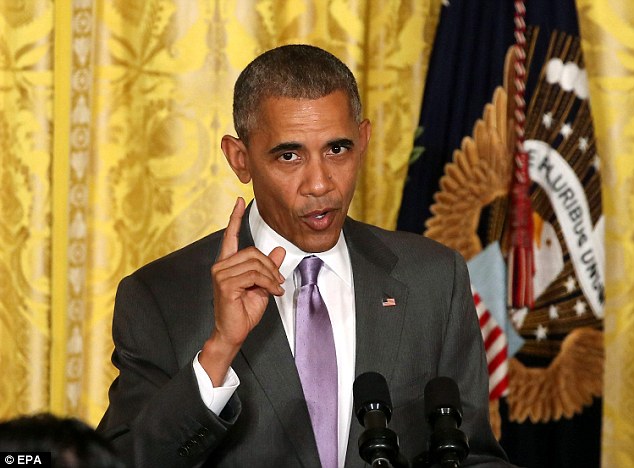 Obama broke from the tradition of hosting the annual Iftar dinner, an evening meal during Ramazan where Muslims break their daily fast, to celebrate the conclusion of the Islamic holy month instead.

President Barack Obama on Thursday praised the contributions of Muslim immigrants to the United States, saying any effort to discriminate against the Islamic faith plays into the hands of terrorists.

“Muslim Americans are as patriotic, as integrated, as American as any other members of the American family,” Obama said at a White House reception to celebrate the Muslim Eid-ul- Fitr holiday. 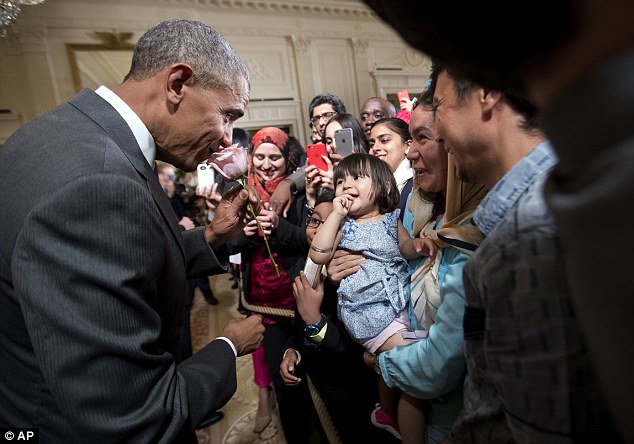 “Whether your family has been here for generations or you’re a new arrival, you’re an essential part of the fabric of our country,” he said.

The Obama administration has faced criticism for its plan to admit as many as 10,000 Syrian refugees to the United States this year, with some Republicans warning that violent militants could enter the country posing as refugees.

Republican presidential candidate Donald Trump had proposed a temporary ban on Muslims entering the country after a Muslim American and his wife killed 14 people in San Bernardino, California, last year.

While not naming Trump specifically, Obama said that discriminatory policies against Muslims are an affront the “values that already make our nation great.”

“Singling out Muslim Americans, moreover, feeds the lie of terrorists like ISIL, that the West is somehow at war with a religion that includes over a billion adherents,” Obama said, using an acronym for the Islamic State militant group. “That’s not smart national security.”