Former Pakistan captain and Lancashire fast bowler Wasim Akram have been honoured by the University of Central Lancashire (UCLan) with an Honorary Fellowship here on Wednesday. 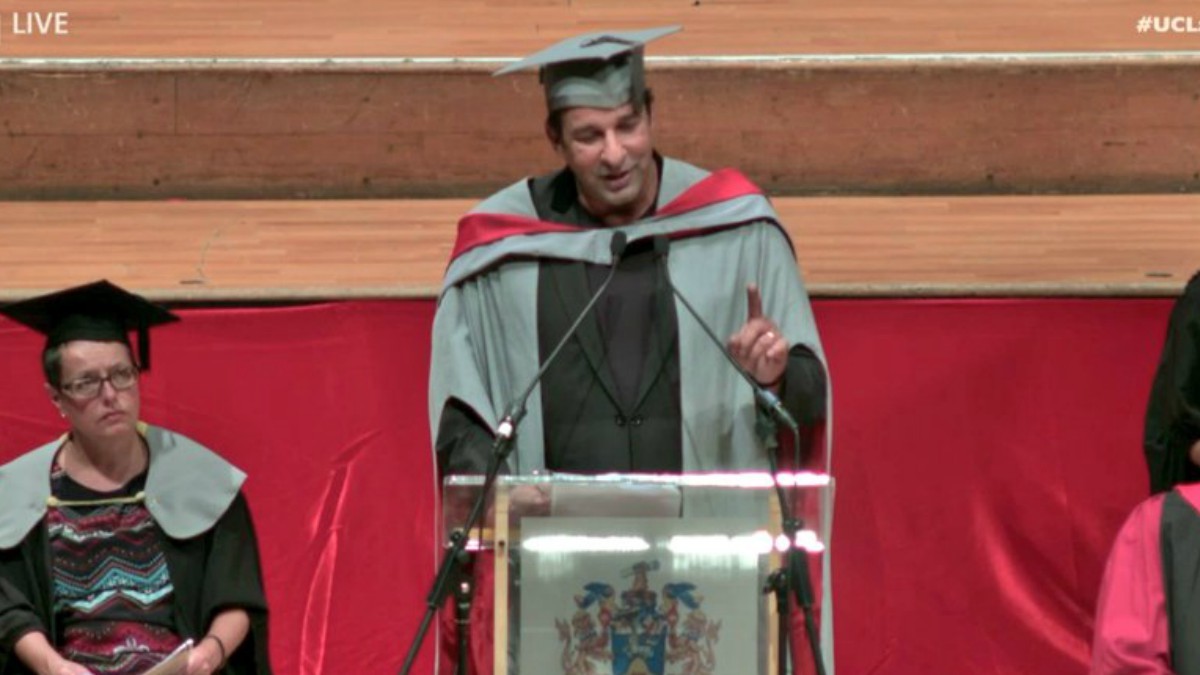 The cricketing legend accepted the prestigious academic award in front of a packed audience at Preston’s Guild Hall. The graduation ceremony was broadcast live on the internet.
“There are no shortcuts in life. Work hard, believe and become,” shared Akram as he addressed the crowd at the graduation ceremony.
The 50-year-old athlete also spoke about his early days at Lancashire, as well as the floodings in Pakistan and what is being done to counter that.
“Known as the ‘Sultan of Swing’ for his left arm deliveries, he was given the award for his significant contribution to cricket during his sporting career,” the university said in a statement.
“I love Lancashire, I enjoyed playing for Lancashire, I still have a house here, I come back to visit my friends and everyone is so friendly. The people are so hard-working and that is what I learned from my time playing here, you have to work hard to achieve success.” the former skipper added.
Wasim was approached by the head of assessments and awards from UCLAN and that it had been in discussion for quite some time.
The venue of the event was Guild Hall, Preston, UCLAN.
Saurav Ganguly was the last Asian player in 2009 to receive an honorary fellowship in Lancashire.
A UCLAN spokeswoman said: “Wasim Akram’s performances for Lancashire County Cricket Club will always be remembered with great fondness. His inspiring performances with his trusty left arm brought success in the domestic game while his award-winning career flourished on the international stage with Pakistan,” she said.